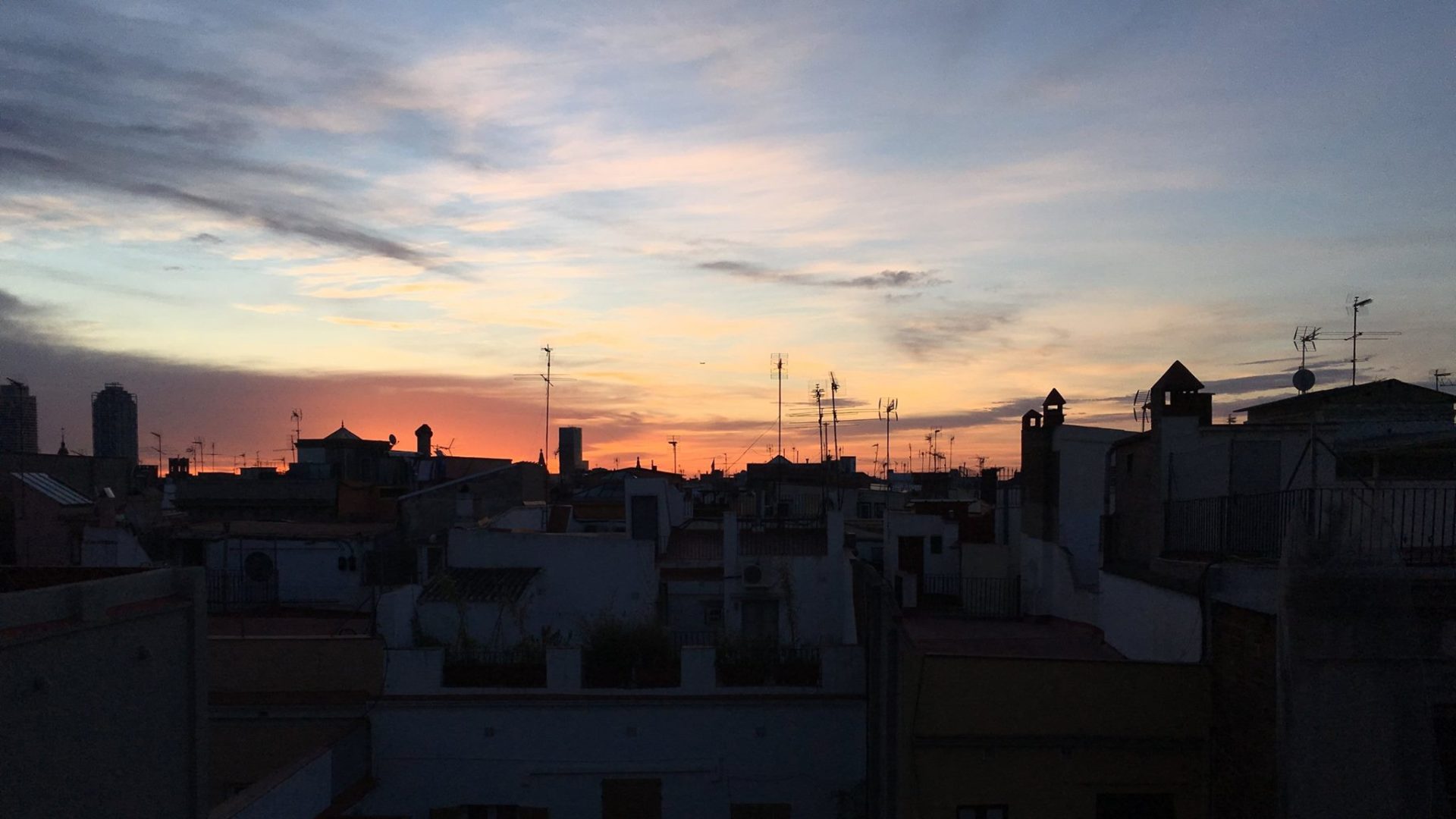 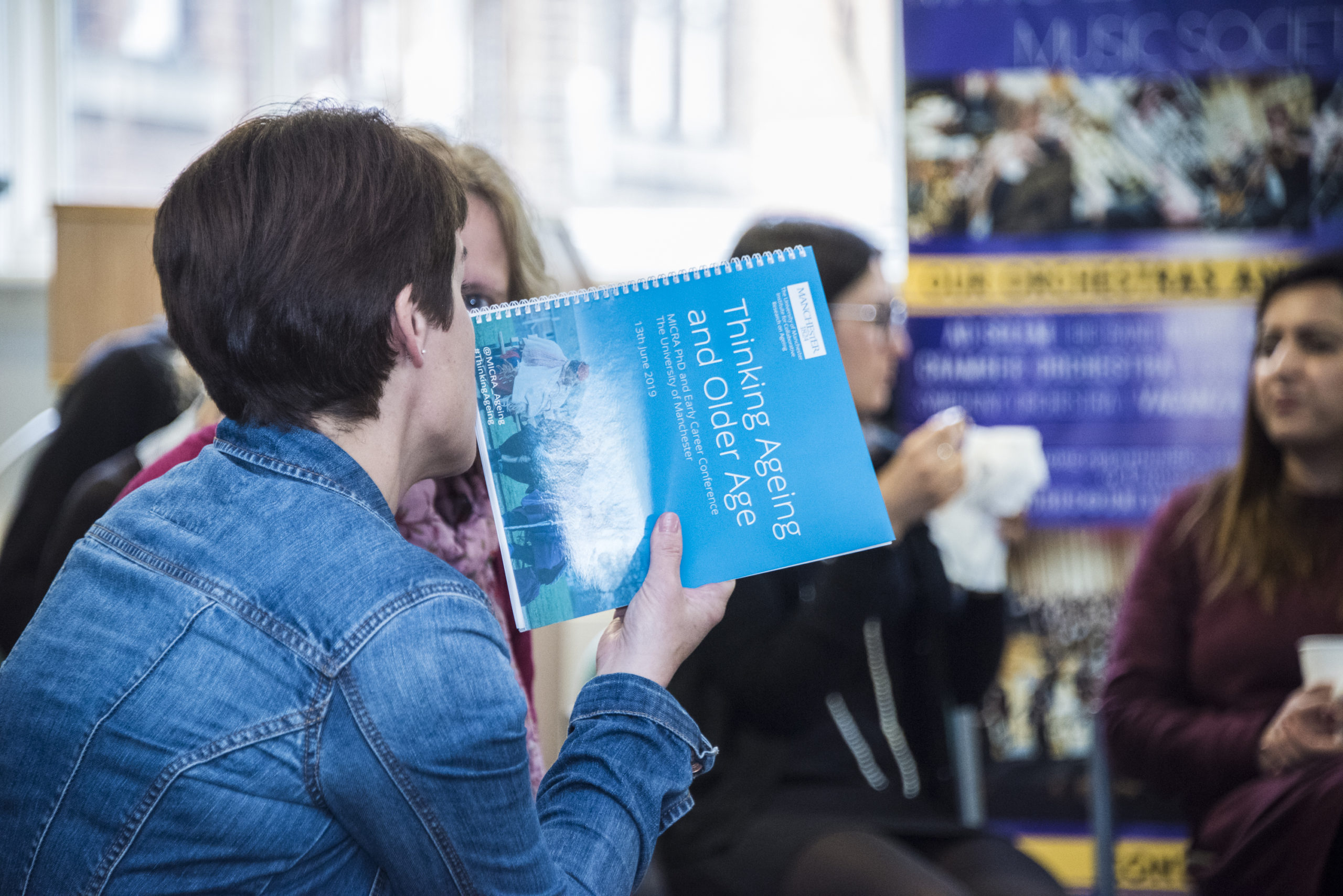 Grey, rainy and chilly: the morning of Thursday 13 June appeared to be an average Mancunian day. However, as many others set off to work under the dismal grey skies, it was anything but an ordinary day for the 100-or-so delegates from across the UK and further afield who took their seats at The University of Manchester for the first ever Manchester Institute for Collaborative Research on Ageing (MICRA) PhD and early career conference.

Organised by Amy Barron and Natalie Cotterell of the MICRA PhD Network, it was an event led by PhD students for early career academics, creating a space for collaboration, curiosity and interdisciplinary conviviality.

With topics ranging from sexuality in ageing to pensions, from dementia to sleep our delegates at the #ThinkingAgeing PhD conference have had a busy morning and were ready for lunch! @AmyCBarron and @nataliecott_ have pulled together a wonderful conference.#UoMAgeing pic.twitter.com/euuIUITbdz

Structure of the day

The day began with an introductory presentation by Natalie and Amy followed by an opportunity for the delegates to thumb through their programmes and circle their sessions of choice. Two prizes were up for grabs – one for the best tweet about the conference and the second to challenge delegates to condense their PhD into a single tweet. Throughout the day, fingers tapped on screens and keypads and the conference hashtag #ThinkingAgeing spurred into a hive of activity. Similarly, the corridors of the Martin Harris Centre thrummed with conversation as researchers met, discussed and debated both within and beyond the confines of the parallel paper sessions.

Happy to present at 1pm today @MicraPhDNetwork conference #ThinkingAgeing. I research psycho-geography: using walking interviews to map attachments to place and space that we develop – and lose – on our paths through life. The last image is the house where I grew up! Dated 1977 pic.twitter.com/E27dMmkAtt

As keynote speaker Professor Brian Heaphy took to the stage, conversations fizzled out into focus. Brian shared a fascinating presentation on ageing sexualities and linked this into a broader movement toward intimate citizenship. Beginning his presentation by explaining that to be sexually active in older age is often seen as dirty, inappropriate and even wrong, Brian revealed how these discourses play out in the lives of older individuals in often heterogeneous and gendered ways. In doing so, Brian cautioned that it is not the ageing that is the problem, but rather the way that society thinks about it. Brian explained how sexuality infiltrates all aspects of the life-course as fundamental to wellbeing and senses of self. Against reductive narratives which suggest that sex in older age is something that needs help, guidance and instruction, Brian foregrounded socially, culturally and individually embedded sexual biographies, adopting a life-course perspective.

Following an array of provocative questions, the first set of parallel sessions began and covered topics including ageing and sleep, pensions and financial inequalities in later life, and dementia in older age. Discussions then spilled from the rooms back into the lunchroom where emails, ideas, sandwiches and cake were shared. With bellies full and caffeine levels replenished, the halls were once again quiet as the second set of parallel sessions began looking at social connections and relationships in older age, and ageing and wellbeing. This was followed by another set of sessions on long-term illness and health in older people, caring for the older population, and ageing in a transnational context.

Effects of pensions in Uganda on multi-local, multi-generational households are complex, gendered and influenced by migration history of pensioners #PhDinatweet @MicraPhDNetwork #ThinkingAgeing

Delegates then re-grouped in the John Casken lecture theatre for the final speaker, Dr Tanja Bastia who shared her on-going research on ageing, migration and development. Tanja explained how literature on the geography of ageing and ageing migration tend to focus on higher income countries and she challenged the hegemony of research in Europe and the USA being seen as constituting knowledge whereas research in the majority world is seen as “case studies”. Tanja shared her fascinating current work on migrants’ parents whose adult children have migrated to work further afield or in other countries, describing growing rural and urban inequalities in social and economic experiences of later life

The event attracted a diversity of attendees including professionals from the Christie NHS Foundation Trust, the high impact primary care team as well as Good Neighbours schemes, all of whom expressed gratitude toward how accessible and welcoming the conference was. This is perhaps unsurprising given that one of MICRA’s remits is engaging with the wider public and other non-academic organisations. However, it was not just the diversity of speakers present, but the way in which they engaged with each other, that made this conference truly enriching.

It may be rainy and cold outside, but so excited to head north to attend a wonderful workshop on Ageing and Thinking Older Age @OfficialUoM @MICRA_Ageing @AmyCBarron @nataliecott_ #ThinkingAgeing #AgeingMatters

“This is truly what productive interdisciplinarity looks like and, of course, there is perhaps no topic more worthy of this interdisciplinary attention than ageing,” said Amy Barron. “We are all ageing and we are an ageing society and so it is arguably one of the most empirical matters of our time.”

Those unable to attend the conference looking to get a flavour of the event can browse the photographs embedded in this article and watch the short video of the event below which includes mini-interviews with our keynote speakers, a selection of delegates, as well as the introductory presentation.